Scenes from the Ballpark

One of the things we were unable to do this summer was take a vacation, just the four of us.  We traveled a few places (seems as though the boys traveled more than we did!) but none of those destinations was for the purpose of a fun family time, just us.  And can I be honest?  I'm really bummed about it.  I had a couple different ideas at the beginning of the summer but nothing came to fruition, primarily due to other summer obligations/schedules.

With time seeping away from us, and a schedule that wasn't letting up, we had to make do with what we had.  One item that we had yet to cross off our Summer List was attending a baseball game, and seeing that the Twins would be playing in Detroit for a three-game series, we pulled off something that looked a little bit like a super-short family getaway.  Not a vacation.  Not always "fun."  But it's something, and at this point in the summer, we'll take it! 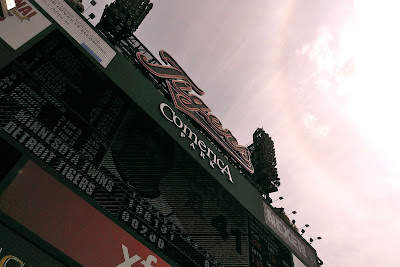 We traveled into Detroit last Thursday (the 22nd) morning, heading for the 1:00 game at Comerica Park.  It was exciting for a couple different reasons: 1) our first visit to this ballpark and 2) the boys' first major league baseball game.  A bummer we couldn't make it happen when we lived in Minnesota, but at least we saw the Twins! 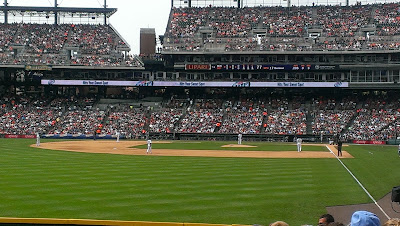 And that's about where the excitement ended.  Let's just say this trip wasn't our brightest, shiniest moment as parents, or as a family.  We met up with some circumstances beyond our control that proved to be frustrating for everyone, but we also learned a handful of lessons whilst {some of us} were crying our eyes out.

1)  When traveling to Detroit for a ball game, plan on arriving downtown at least two hours prior to game time, just to battle traffic and find parking.  The hour that you have currently allotted yourself will not be adequate.  {Yep, we drove around downtown in both Tiger AND Lions traffic (might be smart to check the football schedule as Ford Field is directly across the street from Comerica Park) for over an hour trying to find a parking spot, eventually finding one approximately 10 blocks away that resulted in us missing the first 1 1/2 innings of the ball game.}

2)  Sitting in the non-shaded outfield seats for an afternoon game on an 85 degree day is NOT SMART.  The children are hot, especially after having walked from the car, Mama is hot, Daddy is sweating...and we all know how we get when we're hot!  Expect whining.  From everyone. 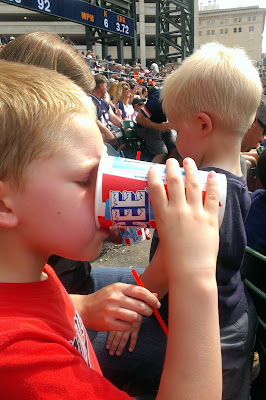 3)  In order to try to beat the heat, go ahead and cough up the cash to purchase ice cold beverages and treats.  However, an ICEE may not be the way to go.  Children who are unable to manage the movement of the straw while slurping is going to cause even greater distress.

4)  Rooting for the opposing team is awkward.  But cheer loud anyway, dang it!

So, as you can see... it was a rough afternoon... so long as we could get the boys to sit still, they managed okay at times, but Drew made it very clear that he hated baseball and he was never coming back.  At some point in the latter half of the game, we handed our phones over to the boys to take pictures.  WHY we did not think of this sooner, I do not know, because it provided at least a few minutes of distraction, and dare I say, JOY.

It's a hoot to see things through their eyes.  Here, have a look.  (Pictures taken by both boys.) 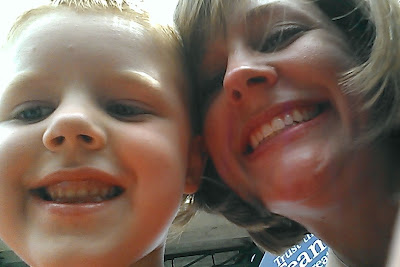 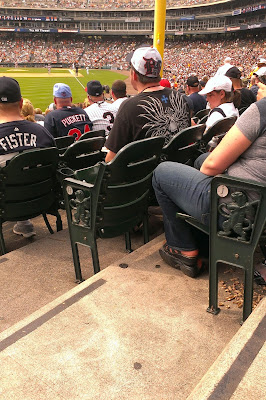 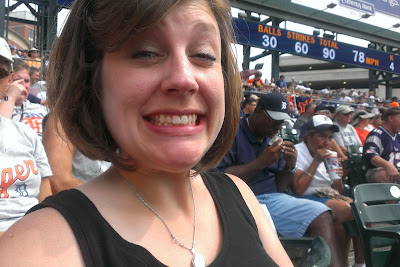 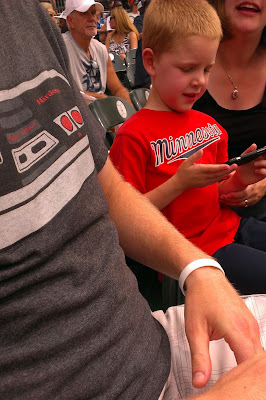 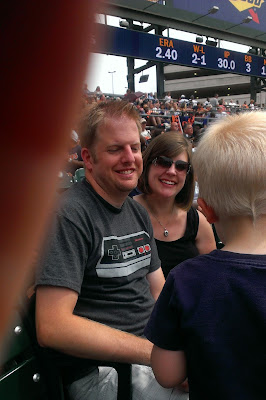 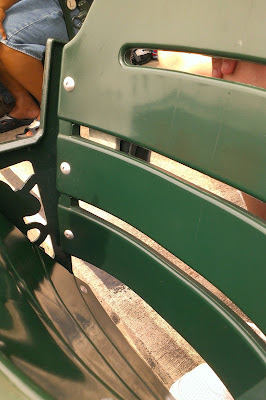 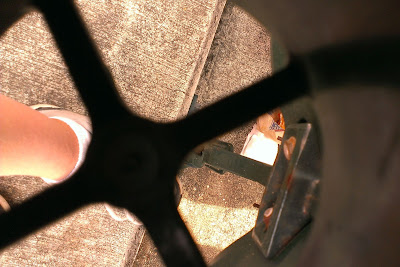 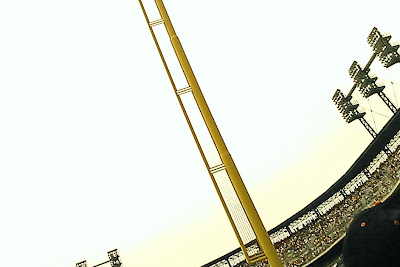 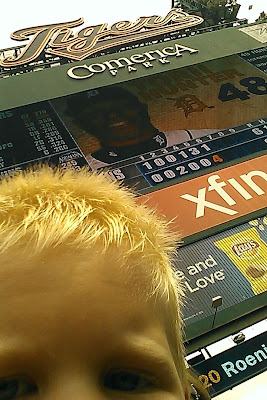 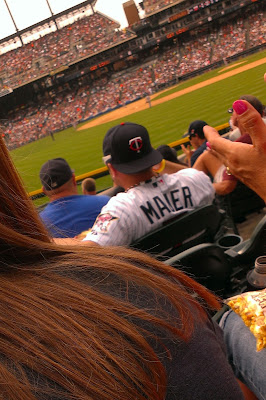 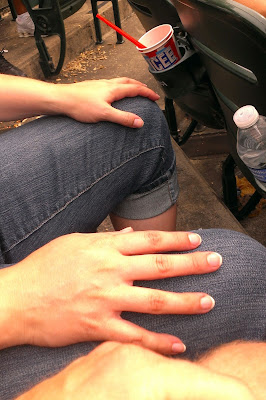 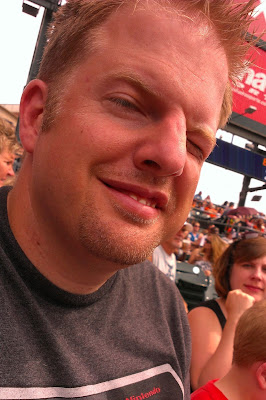 The afternoon wasn't a total loss.  The Twins won (whoop!), we were filmed for Minnesota TV (although it doesn't sound like our footage was aired, at least not during the game), and the people that were sitting around us tolerated our moods and our opposing cheers.

When we had purchased our game tickets, we decided to also reserve a room at a hotel to spend the night.  I wasn't going to get a long weekend vacation or a weeklong vacation this summer, but I'll take at least one night away!  And kudos to my travel agent (Brad!) for finding this place!  A family friendly hotel with not just a pool, but a waterpark inside! 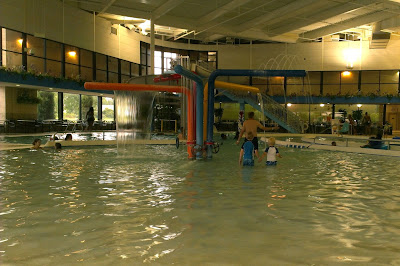 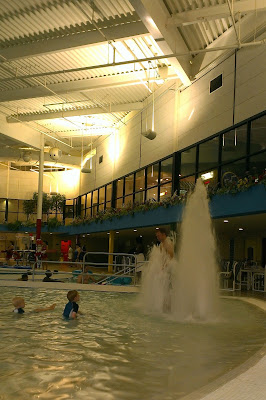 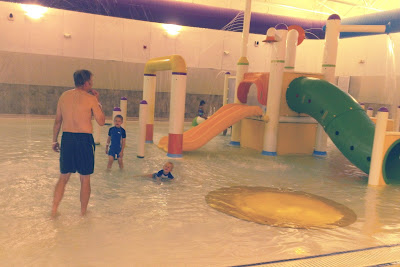 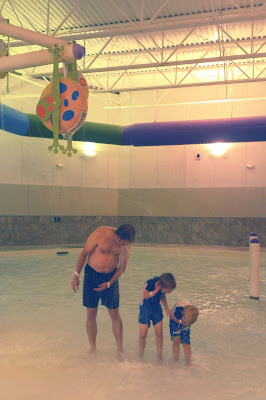 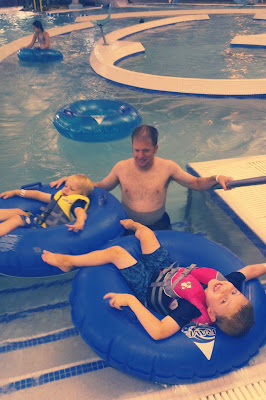 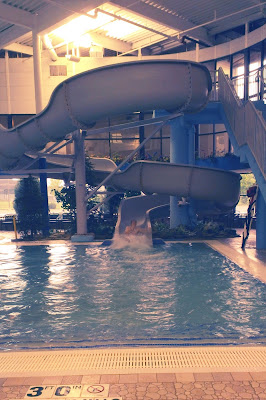 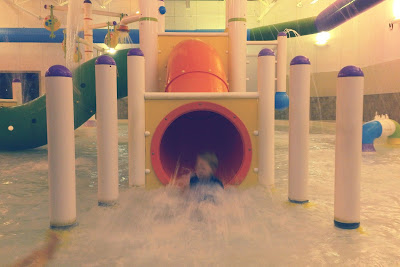 The day ended a LOT better than how it began!  The boys swam until the pool closed (at 9:00) then we headed to bed.

There was only one thing on the agenda for Friday: 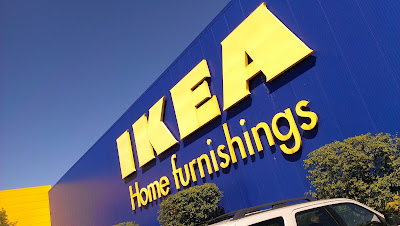 And this made Mama very, VERY happy.  I have been wanting to make a shopping trip here since we moved, and I was so excited to finally be able to purchase a few things for the house.  And would you believe it???....the boys were in a waaaaayyyyyy better mood to be shopping than to be watching baseball!  The boys did great (all three of them!) and were rewarded with ice cream cones after sticking with me for two hours of looking and deciding and buying.

Our overnight wasn't a total loss, as difficult as our time at the ballpark was.  These overnight trips certainly are a lot easier to pack for and are a lot easier to manage with a lot on our schedule.  Despite how it began, it ended with gratefulness (at least for me!) that we even are able to do this much.

That said, plans for next summer are already being discussed!

Posted by lesley at 2:48 PM No comments:

My good friend has sweetly asked, a couple times, to see some belly pictures.  And on our Skype dates,  my dad always asks to see the baby (Miss, you're not the only one).  I had yet to take any photos to commemorate this pregnancy, and it was time.  I had Brad snap a few photos yesterday afternoon, and prior to viewing them, I actually perceived myself as being not-so-big. Then I looked at these... 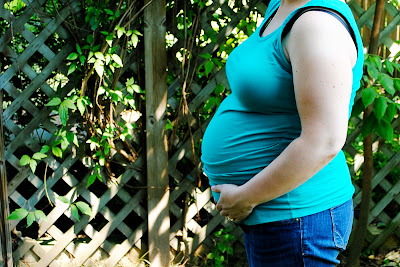 I acknowledge that I'm not a small person non-pregnant, but I certainly look larger than I feel!  Which I guess is a good thing...for both my back and my ego.  ;) 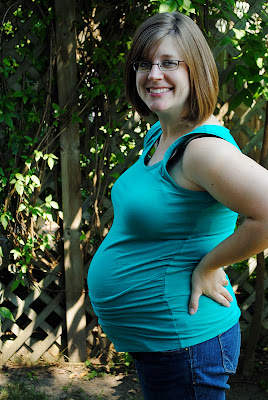 Today I am 26 weeks along.  And I had to look at the calendar to be certain that is in fact the right number.  Just another way in which this pregnancy is quite different from my previous two.  I just don't keep track too much.  I have a general idea, but I certainly am not able to say "I am 23 weeks and 4 days pregnant" like I could the first time around.  There are certain things I remember about being pregnant with the boys that have me declaring that this pregnancy, thus far, has been the best I've had.  Reflecting back, the most vivid memory for me is perhaps just how BIG I was with Reed (at one point measuring six weeks farther along than I really was)...which is probably why I don't feel so large and in charge this time around!  There were a few other "issues" that I had during my pregnancies with the boys that have been non-existant with this one, so this third time around certainly has a lot more "normal" to it than the others.

Overall, I feel really good.  I have some occasional issues with the varicose veins running down the back of my legs (I have Reed and genetics to thank for those) and I am just now starting to have some noticable aches in my hips.  I am sleeping well, probably in large part due to being so tired by the time the end of the day rolls around, but I did have to introduce a second pillow several weeks ago.  It rests between my legs and keeps my hips a bit more square instead of rolling forward.  That, and I think I am slowly turning into my mother (a little joke, for those of you that know her!).  I do experience one to two contractions every day.  Not significant enough to stop me in my tracks, but enough to know for sure that I'm having one.  I haven't had any food cravings like I did with the boys (KFC, baked potatoes and cherry pie, I remember), although I was thirsty for milk and milk and more milk during the first trimester.  I do get a significantly annoying case of reflux with certain foods, so I'm careful to avoid those.  I have instituted a bedtime snack of cold cereal to keep the 3am hunger pangs away.

When I might mention to Brad about how I'm feeling, I am clear to state that I'm not complaining ---  I'm just stating the facts. :)  I have decided to enjoy and revel in as much of this time as possible.  Brad and I both intend on this being our last pregnancy.  While we both feel as though this won't be the end of growing our family (a story to share much later when we begin to contemplate how additional children might make their way into our family), we have been down a long road of pregnancies and loss (maybe another story to share, someday) and the fact that we are simply growing older, we are both comfortable in sharing that this'll be it for my child-bearing years.  It feels like such an adult-like decision to make, which is silly to say.  I am an adult, after all, it's just that there's a finality to that decision.  While nine and a half days out of 10 I would say that I suck at being a mom, I know without a doubt that a mom is exactly what God intended me to be.  So saying "no more babies" is a big deal.  But I find peace with that decision.  And like I said, someday we'll grow in numbers again, just in a different way. 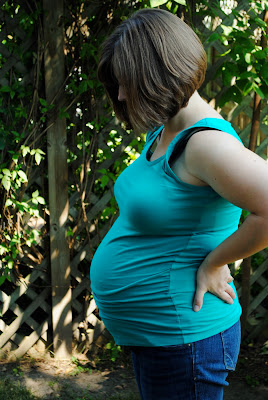 Baby Bear is looking good.  I am on an every 5-weeks schedule of appointments, which will change to every 2-weeks once I reach 30 weeks.  I last saw my doctor a couple weeks ago, and Baby measured and sounded great.  For a while there, Baby was the most active just as I was getting up in the morning and as I was going to bed at night; a trend I prayed would not continue outside of the womb!  Now, though, there doesn't seem to be much of a pattern to his/her activity.  Simply enjoying this time of flicks and kicks before they get so strong it feels like my insides are going to pop out of my belly button.

I still have no natural motherly instinct as to Baby's gender.  I find myself referring to Baby as "she" much more frequently than "he".  That is because, I figure, it'll likely be the last time I'll be able to do so!  Some might say it's a girl because this pregnancy has progressed so differently than the boys' did.  I got together with my best girls a couple weekends ago for a girls weekend, whereby we attempted many of the old wives notions for predicting baby gender.  Of the 10 we found, we could only accurately perform three of them, and they all pointed in the pink direction.

Reed says if it's a girl, he's going to punch her in the face.

{To be sure, he still frequently hugs and kisses my belly and talks sweet baby words to his little sibling.  But he's also kind of a punk. ;) }

Obviously biology and genetics and how babies are made and, most importantly, God, has the final say in who this baby will be, and in 14 short weeks, we'll all find out.  For me, for right now, it really is the best kind of secret.