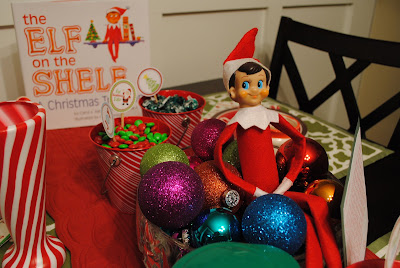 Look who finally showed up!

Bingo, our personal elf, made it to our home bright and early this morning.  We've been talking about him the past few days, wondering when he'd show his face...we wondered if maybe he got a bit turned around since we've moved and all. :)

Nonetheless, he was here this morning to surprise the boys, bringing along with him his annual North Pole breakfast. 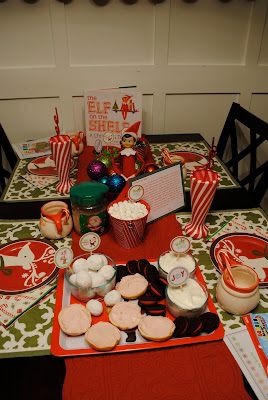 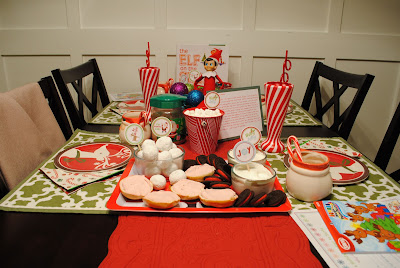 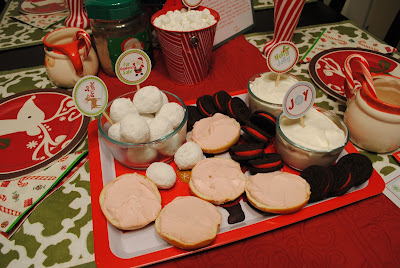 This year he brought us mini bagels with strawberry cream cheese, yogurt parfaits, donut "snow" holes, Christmas oreos and two buckets of candy.  Apparently he left the fruit behind.  Silly elf.
{Or perhaps he was just so tired from getting up so early to prepare us such a breakfast that he plumb forgot all about the apples and grapes he had chilling in the fridge....} 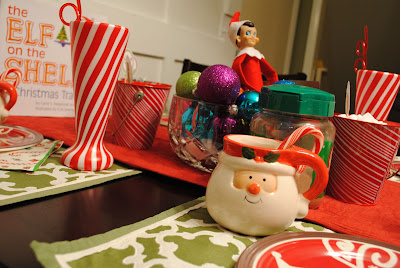 Hot chocolate mix with marshmallows and cold milk topped off the menu. 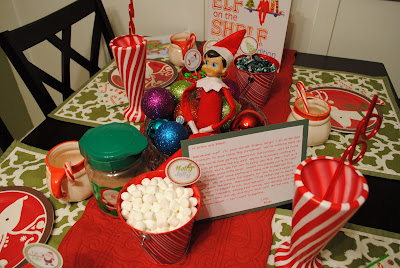 Bingo left us a note, reminding us what he duties are as our elf - to observe the boys' behavior and report back to Santa whether they've been naughty or nice. 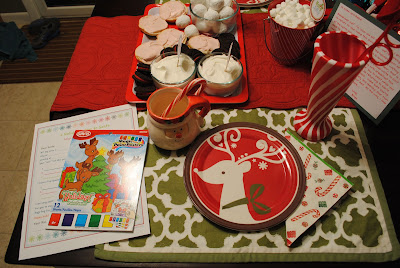 And he also told us that Santa is anxiously waiting to hear from the boys, so he left behind a piece of stationary for the boys to make their Christmas requests to the big guy, as well as painting pages as a surprise gift. 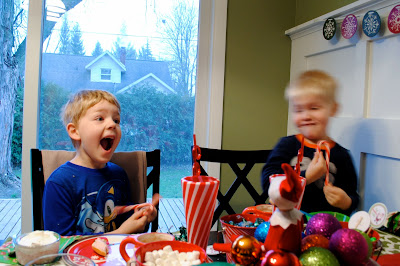 {Reenacting their surprised faces.}
Reed was the first to spot our special visitor this morning.  Both boys were thrilled 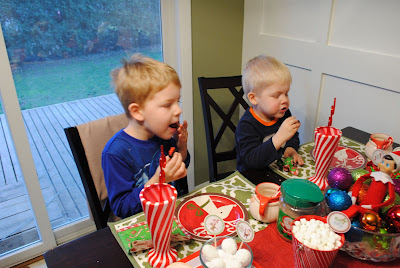 and began snarfing down as much sweet stuff as they could. 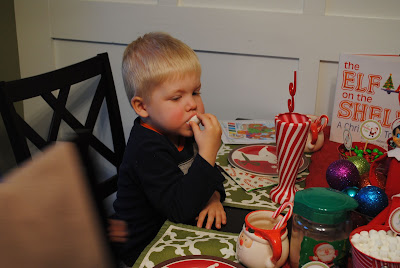 Apparently when an elf drops of breakfast, permission is not required before consuming copious amounts of candy and sugary pastries. 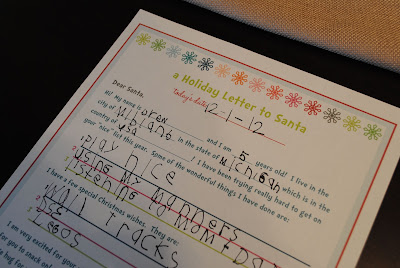 Before the day was over, both boys had written their letters to Santa, and they are safely sealed inside an envelope for Bingo to take to Santa when he returns to the North Pole tonight.

As for the boys' behavior today?
Drew totally soaks this up.  He totally believes all of this.  I haven't heard him be so polite or seen him so kind for an entire day before.  Honestly, kid is convinced this Bingo guy is doing his job.  He's even telling me, "Mom, what do you say?" when I fail to follow up his "thank you" with a "you're welcome."  He'll do whatever it takes for him to NOT receive any coal in his stocking!  As for Reed...well, he's going along with it, but I'm not so sure he cares so much what Bingo thinks.  Kinda like he doesn't always care so much what Mom and Dad think, or say, either.  Such is Reed. 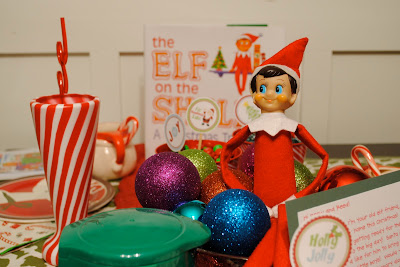 Bingo, welcome back.
So nice to see you again.
:)

(I just said to Brad that when the day comes when the "truth" comes out...we're going to have a lot of explaining to do!)